Ground-breaking scheme aims to sign up 20,000 ‘cancer champions’ to save lives 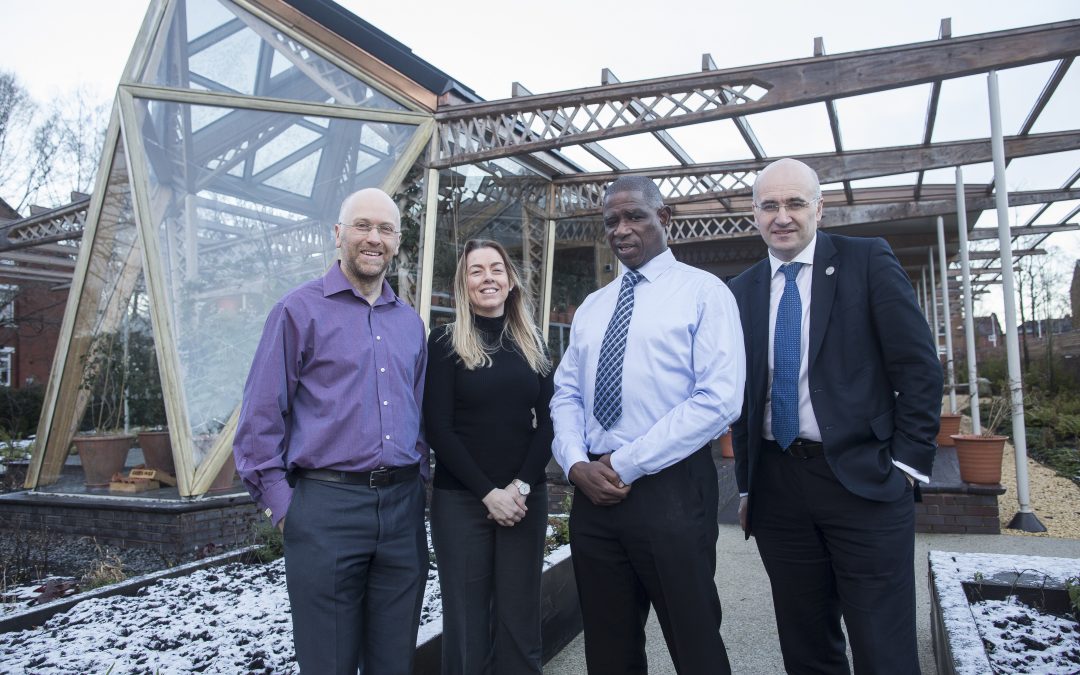 Our project to recruit 20,000 cancer champions as part of our prevention work has been launched officially. Below is the news release we and colleagues from Greater Manchester Health and Social Care Partnership have issued:

A new army of champions will soon be stepping up the fight against cancer in Greater Manchester.

A social movement aims to sign up 20,000 ‘cancer champions’ who will use their experience, knowledge and passion to support those at risk of developing cancer and those recently diagnosed with the disease.

However, there is still a lot to do. Although survival rates are up, due to our ageing population the number of people being diagnosed with cancer in Greater Manchester is growing. In 2014, 14,500 people were diagnosed with cancer, compared with 13,600 in 2011. In 2013, 6,700 died from the disease.

But we are in a better position to fight cancer than ever before. We know that up to 40 per cent of cancers are preventable through lifestyle changes. We also know that cancers that have been diagnosed at an early stage, before they have had the chance to get too big or spread, are more likely to be treated successfully. The new cancer champion project aims to help support people take charge of their own health and wellbeing, and help those with cancer get diagnosed and treated earlier.

The new cancer champions will get involved in their local communities. They will share messages that will help reduce adult smoking rates and other unhealthy behaviours that increase a person’s risk of getting cancer, prevent avoidable cancer deaths by encouraging people to take up cancer screening invitations or go to their GP if they have symptoms they are worried about. They will also get feedback from people to help improve patients’ experience of cancer treatment and care.

Cancer champion Gilbert Morgan, who was given the all-clear from prostate cancer in 2014, said: ‘It’s easy to get involved and it’s very rewarding to be able to help people look after themselves.

‘I’ve been a cancer champion for a couple of years now and it’s a great way of raising people’s awareness because the people you are talking to know and trust you.

‘You don’t need any skills, qualifications or any special knowledge of cancer to be a cancer champion. It’s about real people talking to real people, and it really does make a difference.’

As a cancer champion, you can become involved in a very wide range of activities, including:

If this sounds like something you would like to get involved in and you want to help save lives, sign up by visiting: www.vsnw.org.uk/cancer-matters-movement It’s free, you can do it in your spare time and training opportunities will be made available.

Lord Peter Smith, Chair of Greater Manchester Health and Social Care Partnership Board, said: ‘Devolution in Greater Manchester has given us a once-in-a-lifetime opportunity to undertake this pioneering work on a scale that has not been attempted before.

‘I’m delighted that so many volunteers are getting involved and using their personal experiences to engage others. This is another example of Greater Manchester leading the way in adopting new approaches to critical health issues.’

Jane Pilkington, Deputy Director of Population Health at Greater Manchester Health and Social Care Partnership and Vanguard Innovation Prevention Lead, said: ‘We are very excited about this programme. We plan to connect and support the energy of groups of people across the community to make our cancer champions movement a success. Eventually it will develop its own momentum and we are confident that, as a result, we will see continued improvements in cancer outcomes and care for the people of Greater Manchester.’

You can view a series of videos on our prevention work below:

What is a social movement?

What is a cancer champion?

Overview of our prevention work