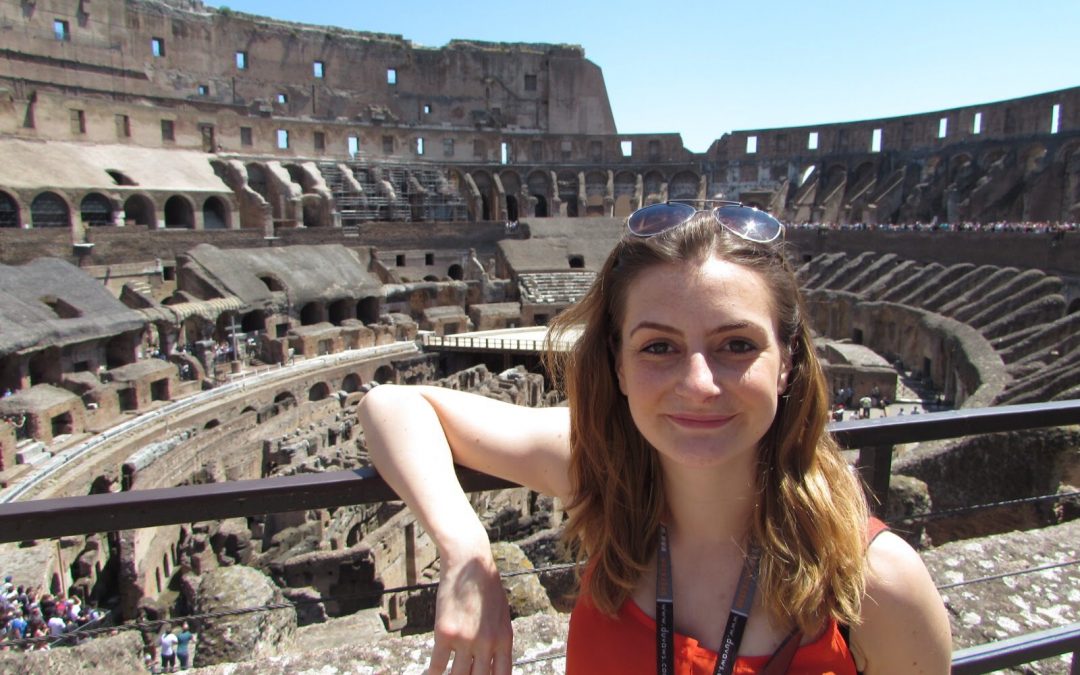 For Lydia Brain, being diagnosed with cancer was the spur that drove her to help other young people with similar experiences.

The diagnosis of an extremely rare form of cancer of the uterus came as a complete shock that – to her devastation – robbed her of her fertility.

But it prompted a burst of energy that she hopes will help other patients, particularly women and young people.

She started a blog that charts, candidly but often humorously, her own experiences and offers advice and insight. She joined the charity Trekstock, which supports people in their 20s and 30s who are facing cancer, and she also helps with campaigns and fundraising for the charity GRACE, which funds research into gynaecological cancers.

Lydia, 25, is also a Cancer Champion and has joined the growing numbers of people who are fighting back against cancer in Greater Manchester.

She said: ‘When I first found out I had cancer it was a complete shock. The doctors knew straight away that I might lose my fertility and we did everything we could for the first few months to prevent that, but in the end we couldn’t.

‘My doctor is hopeful that it won’t come back so the prognosis is quite good, but there’s very little research into the type of cancer I had so the truth is they don’t really know.

‘Some of the things that I was struggling with just weren’t catered for at all, which is one of the reasons I started the blog. My GP and my Macmillan nurse were both excellent, but most cancer support is not directed at people my age. I thought there was a lack of emotional support, and financial support for younger adults who are thinking about buying a house, for instance.’

A University of Manchester graduate, Lydia brims with intelligence and energy, and as she recovered from her treatment she wanted to capitalise on that energy to help others. A friend suggested she join Trekstock, a small national charity that ensures ‘no young adult has to face cancer alone’.

‘I wanted to be little more active and started writing for Trekstock and GRACE on subjects such as exercise and relationships, subjects relevant to my age group. Women who had had cancer told me my experience was similar to theirs and it felt as though I was joining a big support community.

‘Sharing experiences is very important. I can relate to how people feel when they turn up at hospital and other people think it’s their mum who has cancer, not them, how they feel when they’re pitied because they’re a young person with cancer.

‘I felt that beforehand everything had been totally negative. At least as part of this network there was something positive coming through.’

Lydia, who lives in Levenshulme, also became a champion for Trekstock and provides a focal point in Manchester for fellow charity supporters, organising social events where ‘we try not to behave like a support group – just have fun’.

Her profile is also growing. She has written for a number of online magazines, her story has featured in national newspapers and she has been interviewed by BBC Radio 5 live’s Victoria Derbyshire about how illness affects women’s body image.

Becoming a Greater Manchester cancer champion has now given her a new focus for her energies.  ‘A friend told me about the cancer champions scheme and showed me the link, so I joined up. For me at the moment, it’s about continuing to write my blog and trying to raise awareness.

‘People of my age just aren’t aware that they can get cancer in the way that older people are. If someone has heavy periods, for instance – that was one of my symptoms – then by reading my blog they might think of doing something about it.

‘It’s very rewarding. The thought that just one person might go to their GP with their symptoms because of something I’ve written makes it worthwhile. The idea of helping anyone is great.

‘I’d recommend becoming a cancer champion to anyone. It doesn’t have to take over your life. You can get involved at a level you feel comfortable with.

‘I have enjoyed every second of being a cancer champion, and I am so glad I decided to get involved. I am now fully committed to championing the cause, and plan to never stop…’